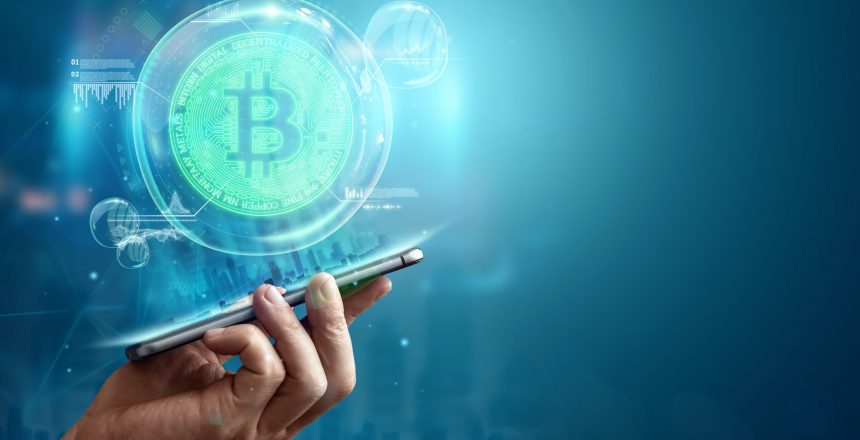 Entrepreneurs are looking for new solutions to help them stand out in an increasingly competitive industry. Also, new startups are progressively forming talented teams to move the sector forward.

Nowadays, one of the most popular new technologies among entrepreneurs is blockchain technology. It has long been used because of its relationship with cryptocurrencies such as Bitcoin. This technology now speeds up transactions while also protecting consumers’ most sensitive data in the mobile app. Blockchain technology has made mobile app development more advanced and powerful.

Now, we’ll look at how blockchain technology will impact app development and business in 2022 in this post.

The Concept of Blockchain Technology

Blockchain technology is a method of recording information that makes it difficult to hack, modify, or manipulate. A blockchain is made up of immutable data that is controlled by a decentralized structure and then distributed through a network of blockchain computer processes. There are various transactions in each block of the chain. When a new transaction in the blockchain occurs, each participant’s ledger is updated. DLT stands for Distributed Ledger Technology, which is a decentralized database that is administered by a group of people.

Blockchain is a kind of DLT, records transactions using an immutable cryptographic signature known as a hash. If a block of a chain changes, it will be obvious that it has been tampered with. If hackers want to destabilize a blockchain system, they must alter each block of the chain across all distributed versions.

Getting Started with Mobile App Development:

The mobile app development industry is being impacted by blockchain technology. Many industries recognize it as a way to provide a safe environment, protect data access, and deliver transparent and secure payment processes.

Industry landscapes such as finance and banking, insurance, healthcare, supply chain management, and IoT have already been altered by blockchain mobile apps.

In addition, this technology is ideal for any peer-to-peer transaction on mobile apps. As a result, blockchain assists in the management of dedicated and unmodified records of all sorts of transactions by the requirements of the mobile app.

Why Do Developers of Mobile Apps Use Blockchain Technology?

The blockchain mobile app, it is assumed, can enable secure mobile payments. A growing number of mobile phone users can now make safe mobile payments directly from the app. Large corporations are reducing blockchain networking and identification capabilities. Blockchain can be used to authenticate people’s identities when using services like opening a new bank account or getting a driver’s license. People will be able to use a mobile app network and more quickly validate their identities thanks to blockchain.

A rising number of businesses are investing in blockchain technology to benefit from it. Let’s examine why this technology has piqued everyone’s interest. In this section, we will look at the top advantages of using blockchain for mobile applications.

Although blockchain technology may appear complicated at first glance, it is one of the most user-friendly technologies ever devised. This technology is simple to build, adapt, and apply in mobile apps. It costs less than other high-priced mobile development software.

All you need is a basic understanding of blockchain and how it is created utilizing this technology to use it. You can take various online courses to learn how to construct blockchain-based apps if you want to understand more about blockchain technology.

Another benefit of blockchain technology is that it helps in the prevention of system failure. Because blockchain is made up of data blocks that are saved in multiple locations, any mobile app that uses it is reliable.
This approach is more reliable because it maintains blocks in numerous locations. Blockchain can be widely used in mobile apps since it gives a high level of trust.

Mobile applications are now used in almost every sector and industry, including banking, eCommerce, travel, and many more. All of these applications include a money-transaction function (hash), which is also secure for the installation of state-of-the-art technology.

The development of blockchain technology involves top-level data encryption that is hard to break. The blockchain uses interlocked blocks, which enhances its safety and security. Because these blocks are connected, it is difficult for intruders to get close to them

Mobile Apps with Blockchain Integration in the Future

While there are no obvious indicators that a mobile-first blockchain system will be developed shortly, these solutions can add value to blockchain-powered systems by providing a mobile interface.

The following are some of the most intriguing applications for merging mobile applications with blockchain-based solutions: